Note: When I started putting this blog together, my first thought was no political commentary.  My goal is never to intentionally offend people.  Nevertheless, my opinions and beliefs shape who I am and how I write.  I promise I will be respectful of alternate opinions.

According to current data 14% of the US Senate falls under the Generation X category, with only 20% in the current House of Representatives.  In other words, Baby Boomers make up the majority of the Legislature.

We have never had a Generation X President even though a Gen Xer would have qualified at the beginning of the 21st century (2000).  The closest we have come to electing a Gen Xer is Paul Ryan (born 1970) who is also the first Gen X Speaker of the House.  The oldest member of the House of Representatives was born in 1929 (New York).

It is not as if we do not have leadership potential.  Gen Xers make up the majority of Management/Leadership positions in the workforce and the rate of startup formation is twice the startups of Millenials.  Gen Xers are raising children and purchasing homes.

It seems to me we have given away our political power to our parents (and in the case of New York’s own Louise Slaughter, grandparents).

I do not want to “hate” on Louise Slaughter; heck, she is running for another term so she clearly wants the job (and is apparently relevant) but what about ten years from now?  I wish her good health and hope that she has a mentee that she is grooming for the future.

In my current home state of Georgia, we have two Gen Xers who are the current front-runners in Georgia.  Republican Casey Cagle (1966), who is the current Lt. Governor and Democrat Stacey Abrams (1973), who was the House Minority Leader for the Georgia General Assembly.

Full disclosure, I am a Liberal Democrat that chose to live in a Republican state.   I am optimistically a pragmatist.  I believe in compromise, a quality sorely lacking in today’s political climate.  I do not like Donald Trump but I do not hold Republicans in disregard.

The time for Generation X leadership is now.  We are on the verge of surpassing the Baby Boomer in economic strength and we are already ahead of the Millennials.  What are we waiting for? 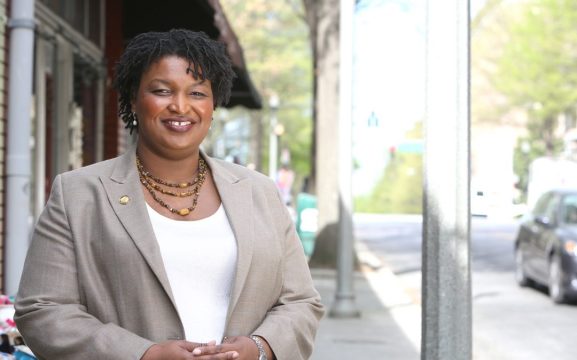