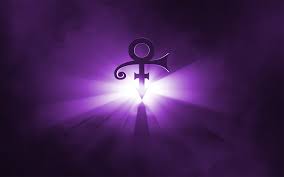 I am angry with Prince.  There, I said it.  It is a visceral feeling that has not passed in the two years since his death.  The disease that claimed Michael and Whitney also demanded his heart.  What arrogance to think that their results would or could not happen to him.

Yes, I realize addiction is a disease.  Who knows what led him down the Fentanyl path.   Some people are aware enough to realize pain is a part of life, not the whole of one’s life.  Whether physical or emotional, chemical healing (by illegal or irrational means) is only temporary.

My anger stems from the realization that he was mortal like the rest of us; like the Joan Osborne song.  I recognize there is a layer of selfishness to my feelings.  I have never had the opportunity to see Prince in concert.  For numerous reasons, I missed my opportunity.

I thought I had time.

So… I asked the hubby to make this Mixtape. If Prince were alive, I would have made this Mixtape on June 7, his 60th birthday.  Prince probably would have hated this; he might have sent a letter requesting I remove his music.  I would have freaked out, not because of litigious threats, but because “Prince noticed me”.  I would reply I created this out of love, respect, and not profit.  Then I would remove it and brag to all of my friends.

Damn him that will never happen.